There are others to the herd but these are the main ones.

Evie is Lilys daughter by Cutcombe Jaunty.  She is also traditional looking and is taller than Lily.  She too is a really good mum and has a large udder and does her calves really well.  She has had two to date – Colhayne Evening Venus and Colhayne Aeneus. 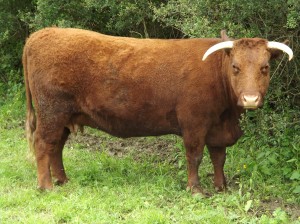 Darkies daughter, by a different sire – Cutcombe Jaunty.  She is much smaller and stockier than Melody and unassuming.  She had her first calf this year (Colhayne Dark Diamond) and was a natural mother. 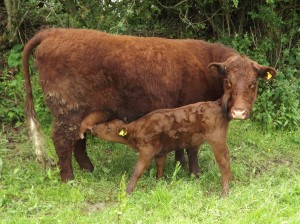 Ruby’s daughter by Champson Defender.  Born over Diamond Jubilee weekend we really couldn’t name her anything else !  She is big for her age and dark coloured and will make up to a lovely looking cow.  Leads the boys a merry dance.

He was born a bull in minature !  We are going to keep him entire and see if he makes the grade.  If he is half as good as his dad (Champson Defender) he will do well.  He is going to be a big lad.  Arnie has already had his first halter lesson and did really well.

Lily’s daughter also by Cutcombe Jaunty.  Very quiet and unassuming, we think she will be smaller than Evie.  Hopefully she is in calf. 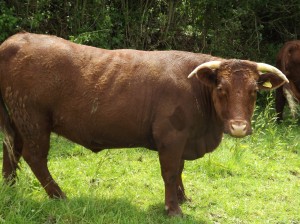 Darkie is old and wise.  A cow whose place on this earth is to raise calves.  She had missed the last two years but had been taking all the calves under her wing and feeding them when their mums got fed up of them.  She was producing milk for two years without being in calf, which is unusual.  She was so bereft at not having a calf last year that we decided to give her another go and this year she produced Ferdie and is very proud of him. 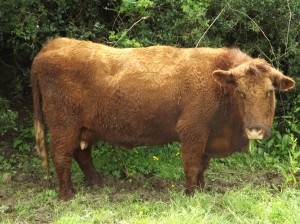 Darkies daughter (by Whitefield Red Admiral) and a bit of a diva.  Our first calf born at Colhayne.  Melody will do what ever you ask, but when she wants to do it and it’s all a bit of a drama. Melody is tall and has taken until this year to fill out.  Now she is a really good mother but the first time was really scary for her.  Sadly this year her calf was born dead possibly from Schmallenbergs. 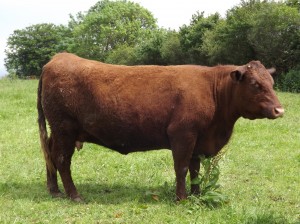 Melodys daughter by Cutcombe Jaunty.  She already as big as her mother.  Hopefully now in calf for the first time. 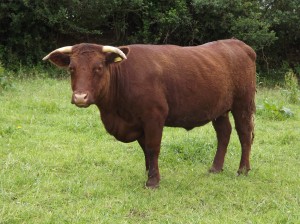 Melodys daughter by Champson Defender.  She’s quite stocky and growing really well and will be quite solid when full grown. 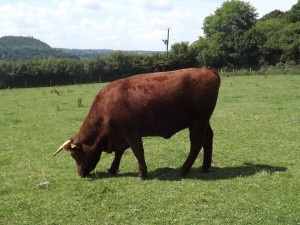 Evies daughter by Champson Defender.  Slightly shorter and more round than Val. 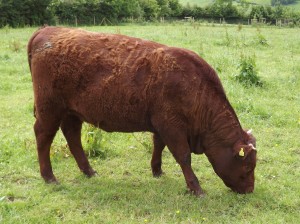 One of our original cows, Lils is in charge of the herd.  She keeps an eye on everyone and ensures they keep to their place – which is behind her in the haylage queue !  She is a big girl and would probably admit to being a bit on the porky side, with a large bottom and udder.  In the true tradition of the breed she does herself very well on grass and haylage.  She is more traditional looking which she passes on to her offspring.  We have had some lovely calves from her.  We have two girls in the herd from her: Colhayne Evening Lily and Colhayne Lily Agnes. 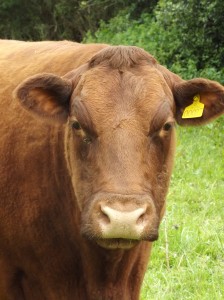 He is Darkies calf and is very fine and deer like.  Does a lot of exploring round the holding  and gets beaten up by Arnie.